Petards, the AIM quoted developer of advanced security and surveillance systems announces that is has issued 1,000,000 ordinary shares of 1 pence each in the Company (“Ordinary Shares”) following the exercise of 1,000,000 options at 8 pence per share by Raschid Abdullah, Chairman.

Following the issue of the new Ordinary Shares, the Company will have 57,468,229 ordinary shares of 1 pence each in issue. No Ordinary Shares are held in treasury. The figure of 57,468,229 may be used by the Company's shareholders as the denominator for the calculations by which they will determine if they are required to notify their interest in, or a change to their interest in, the Company under the FCA's Disclosure Guidance and Transparency Rules. 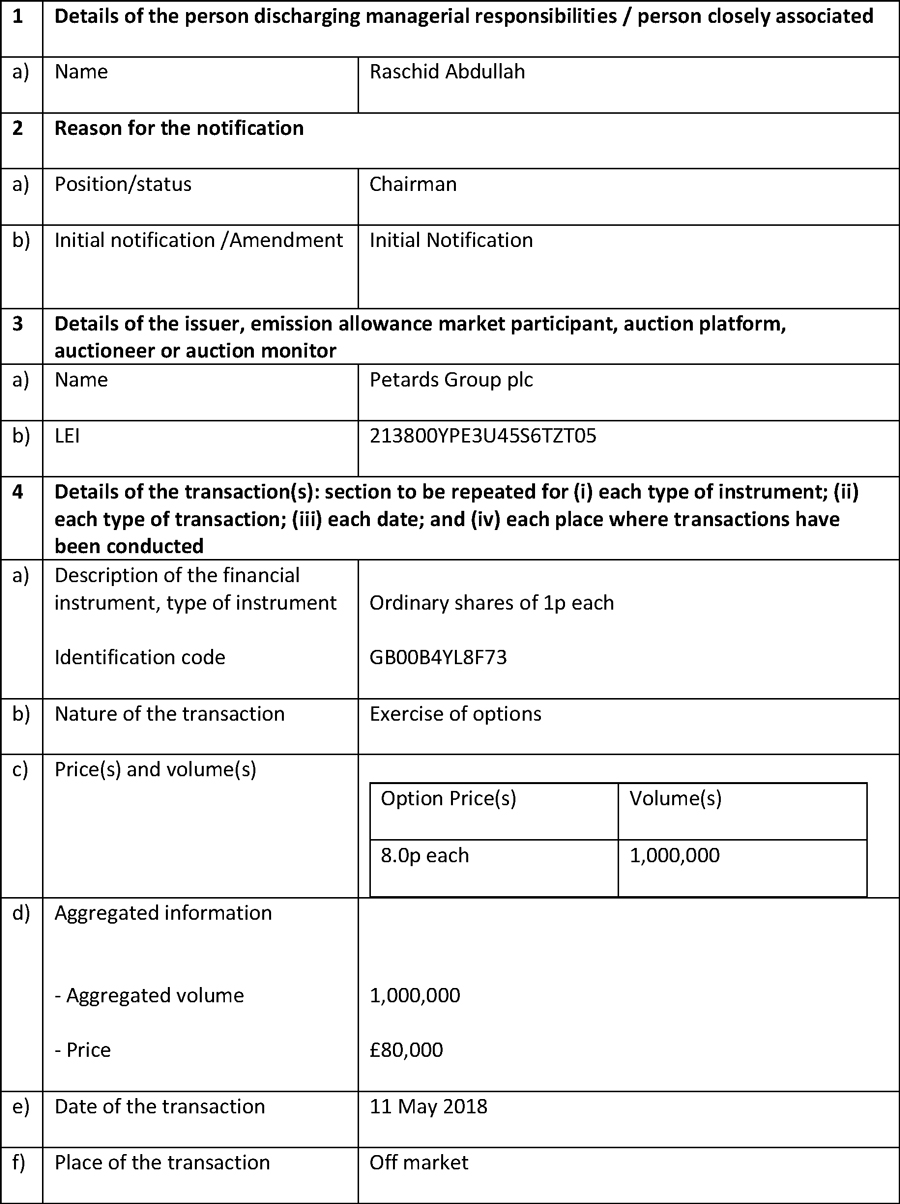