Additionally, notification was received that Adcel Limited, an entity controlled by Paul Negus, director, has sold 50,000 ordinary shares. Following the sale, Mr Negus is directly interested in 575,000 ordinary shares representing 1.0 per cent. of the company’s issued share capital. The information below, set out in accordance with the requirements of the EU Market Abuse Regulation, provides further detail: 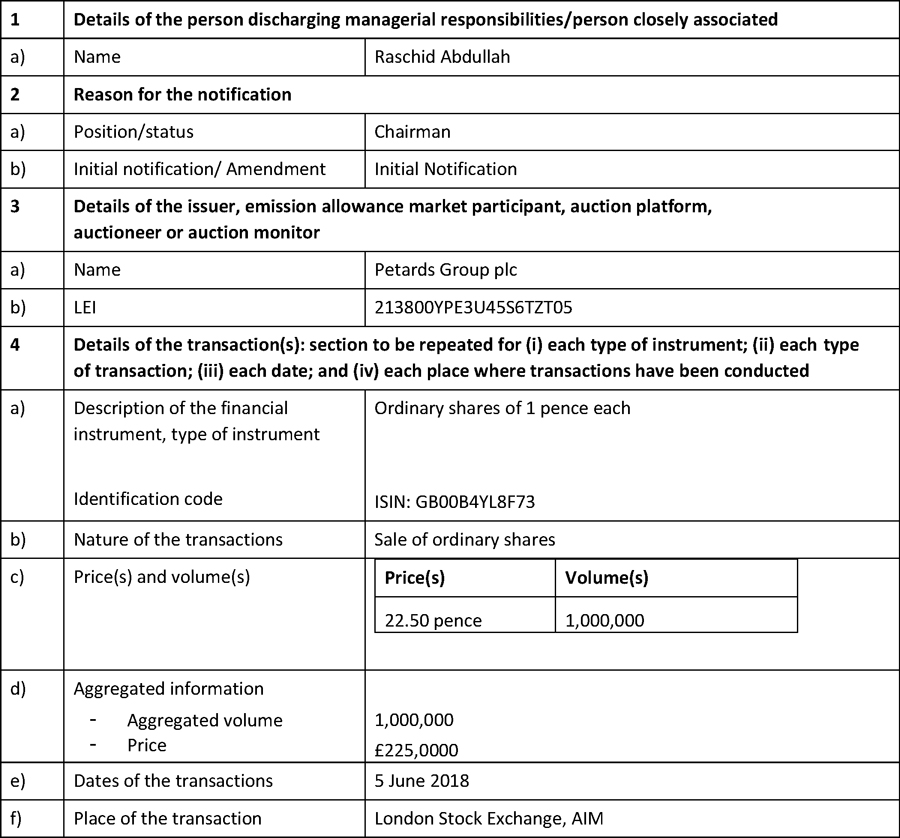 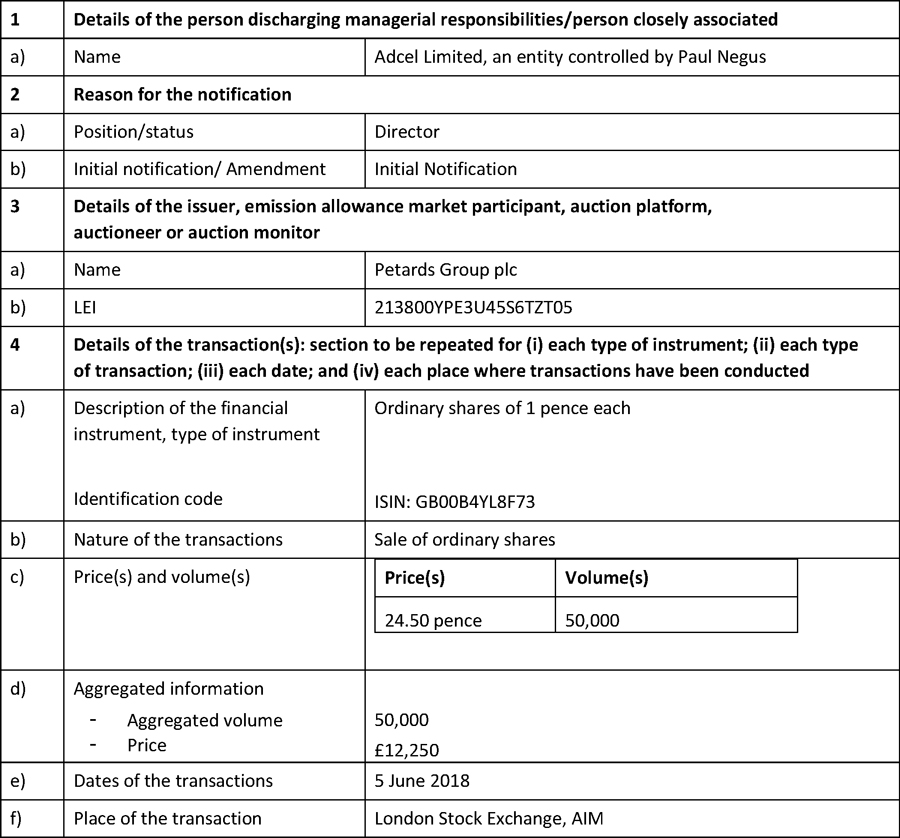